Posted on January 23, 2014 by David Carroll Posted in Pleading the Sixth

“Closing Arguments” is a joint venture of the National Association for Public Defense (NAPD) and the Sixth Amendment Center (6AC).  The 6AC will regularly sit down with long-time right to counsel leaders nearing the end of their careers to share thoughts and to pass on lessons learned to the next generation. Our first interview is with Dennis Keefe, chief public defender for Lancaster County, Nebraska (Lincoln). Each county in Nebraska determines, without state input and with only minimal restrictions, the method it uses to provide Sixth Amendment right to counsel services. Only those counties with populations exceeding 100,000 are required to establish public defender offices with popularly elected chief defenders at the helm. All others use a combi­nation of public defenders, contracts, and assigned counsel systems to provide direct representation.

Dennis was first elected chief public defender for Lancaster, Nebraska (Lincoln) in 1978, taking office in January of 1979. After serving as chief for 36 years, he will be stepping down on January 7, 2015. 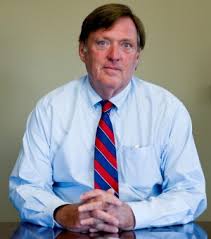 DK: Like most good things, I just stumbled into it. While completing my undergraduate degree at the University of Nebraska, I worked as a bartender at a private club owned by an attorney who ended up being the first chief public defender of Lancaster County. He got me interested in law and offered me a position doing support work, clerical duties and some investigation. It helped get me through law school and when I graduated in 1972 there was an opening for a public defender at the office. At the time the office consisted of three part-time attorneys. Today, we operate with 19 full-time attorneys.

DK: Over the past three decades, our office has moved from having no caseload standards of any kind, through a system loosely based upon national numerical standards, to an internally developed time-based caseload standard, to our current research-based system of numerical time-based standards of cases per year. After this long journey, I cannot say with certainty what will work for every public defender office to improve their ability to provide effective assistance of counsel. I can only tell you what has proved effective for our office and that is time-tracking and researched based standards.

We have been tracking time in one form or the other since the early 1980s. As a manager, I readily admit that I did not have any clear goal for this information except some vague notion that knowing the average amount of time to complete various tasks on cases was just something useful to know. Honestly, there was a lot of resistance to time-tracking initially. Over time, the resistance broke down as attorneys realized that keeping a log of case activity was helpful to them in their representation of clients, because it provided them with a concise record of what they had done – which helped them determine what remained to be done.

As to the argument that it is a waste of precious time to track time, I can only say that has not been our office’s experience. If we can agree that it is a matter of professional responsibility for attorneys to keep notes on what has been done on a case, the amount of time it takes to simultaneously note how much time the activity required is inconsequential. It is not a burden, especially with systems like ours that allow the attorney to enter time electronically.

The benefit of time tracking is that it has allowed us to objectively demonstrate when we are at capacity, to set binding caseload standards and to establish protocols for when we withdraw from cases. Because we have the time data, judges and county officials alike have accepted our standards and protocols. A former prosecutor once challenged our standards and the ensuing discussions resulted in our County Board requesting that prosecutors keep track of their time too. Finally, because we continually track time, we can change our caseload standards as new events require it. For example, the county recently opened a new jail five miles further away from our office. Tracking time allows us to show the impact of that decision on the amount of time we can now dedicate to cases because of the advanced travel time, and eventually lower our caseload standard.

6AC: What do you see as the most important issue facing Nebraska on the indigent defense front?

DK: Independence of the defense function is the first of the ABA Ten Principles for a reason. Nebraska has been through at least three indigent defense reform efforts over my career and our failure to meet the Ten Principles in every country is due to the fact that, in most counties, the judiciary still is in control of the administration and oversight of indigent defense services. Certainly there are other factors, including the parochialism of urban and rural counties, and the fear of better-off jurisdictions being negatively impacted with more state involvement, but the biggest issue is that the judges just do not support indigent defense reform.  They do not want to voluntarily give up their power over the primary defense function in those areas of the state without elected defenders.  Indeed, even judges in large counties with elected public defenders that appoint private attorneys in conflict and standard overload cases are reluctant to give up that power.

6AC: You bring up something important that we encounter in some of the states we get involved with … that is, what is the responsibility of better-off county programs to improve services for all counties in the state? There are examples, like you in Nebraska or defense leaders in King County, Washington (Seattle), that do try to impact reform statewide, while in some other county-funded states the public defense leaders in better-off jurisdictions are reluctant to get involved in – or even hostile to – statewide reform efforts. Why do you think that is?

DK: Well, I am reluctant to talk for others. I can only talk about my own experiences. First of all, I understand the fear of a state system. Nebraska state government would not necessarily operate a quality indigent defense system. We need greater state resources and support, but state control would in all likelihood negatively impact services in Lancaster County.

I think my willingness to work for statewide improvement comes in large part from the independence that is derived from being publicly elected. I can, for example, push our Supreme Court to promulgate uniform attorney qualification standards without fear that my County Board will fire me. Look, there are some unqualified attorneys out there and some of our office’s future clients may have harmful things on their records because of prior poor representation elsewhere. Part of my advocacy has to be trying to improve things in the state.

I understand that the idea of electing public defenders is not a popular one. Even in Nebraska we have had examples of former prosecutors running for public defender who clearly didn’t understand the role and function of a public defender. The electoral process is anything but secure. Luckily, unqualified people have not won office here. Still, the independence that comes from being elected has given me a better platform for impacting criminal justice policy. I am always at the table and can speak my mind without fear of having my employment terminated.

6AC: What do you see as some of your greatest accomplishments?

DK: You are only as good as the people you hire around you. All the things we have been speaking about today – caseload controls, independence, time-tracking – that I have worked on throughout my career has allowed the attorneys in our office to have reasonable salaries and a caseload that does not burn them out. That I have been able to retain great attorneys and staff is my biggest internal accomplishment. I am by no means a “techy,” but even on that front I recognize the advantages of keeping my staff on the cutting edge of technology. We are currently moving from mini-laptops to tablets. Things like that keep good people engaged.

Externally, my biggest accomplishment was the reform effort that established the Nebraska Commission on Public Advocacy. Though it was originally conceived as an Indiana-style commission that passed out state monies for meeting standards and then was never funded to do so, it does provide necessary training and is a back-up center that provides assistance on capital, appeals and serious felony cases. That has been a big improvement.

6AC: Any closing words of wisdom for the next generation of leaders?

DK: I think many public defenders like to distinguish themselves in their own minds from attorneys in large civil firms where billable hours may appear to be the rule. As someone who has devoted their entire professional career to legal services for the indigent and who appreciates the commitment to principle and dedication to clients that I see in so many public defenders, I understand this aspect of the public defender mindset. However, just because attorneys in private firms keep track of time for purposes of accountability and billing, does not mean that it is a bad thing for public defenders to do albeit for different reasons.

If the single most significant problem for public defender offices is keeping caseloads under control (and I believe it is) and requiring staff attorneys to track their time can help alleviate that problem, maybe we in the public defender community need to change our “culture.” I would also note that the movement to get the bar ethics watchdogs involved in public defender caseload issues is based, at least in part, upon the thought that public defenders should be treated just like all other attorneys regarding ethical obligations. If that is the case – that we want public defenders to be viewed like all attorneys – maybe we need to stop emphasizing the differences.

Look, there are going to be moments when you get frustrated no matter what – dealing with prosecutors or judges or even colleagues – but the reward for doing this work is very fulfilling. Professionalizing our industry will help limit those frustrations.