Posted on May 25, 2017 by David Carroll Posted in Pleading the Sixth

Pleading the Sixth: A coalition of legal experts petitions the Wisconsin Supreme Court to end financial conflicts of interest between private attorneys and the indigent clients they are appointed to represent. They ask the state’s high court to ban flat fee contracts and increase hourly rates for assigned counsel from the $40 per hour that is the lowest in the nation. 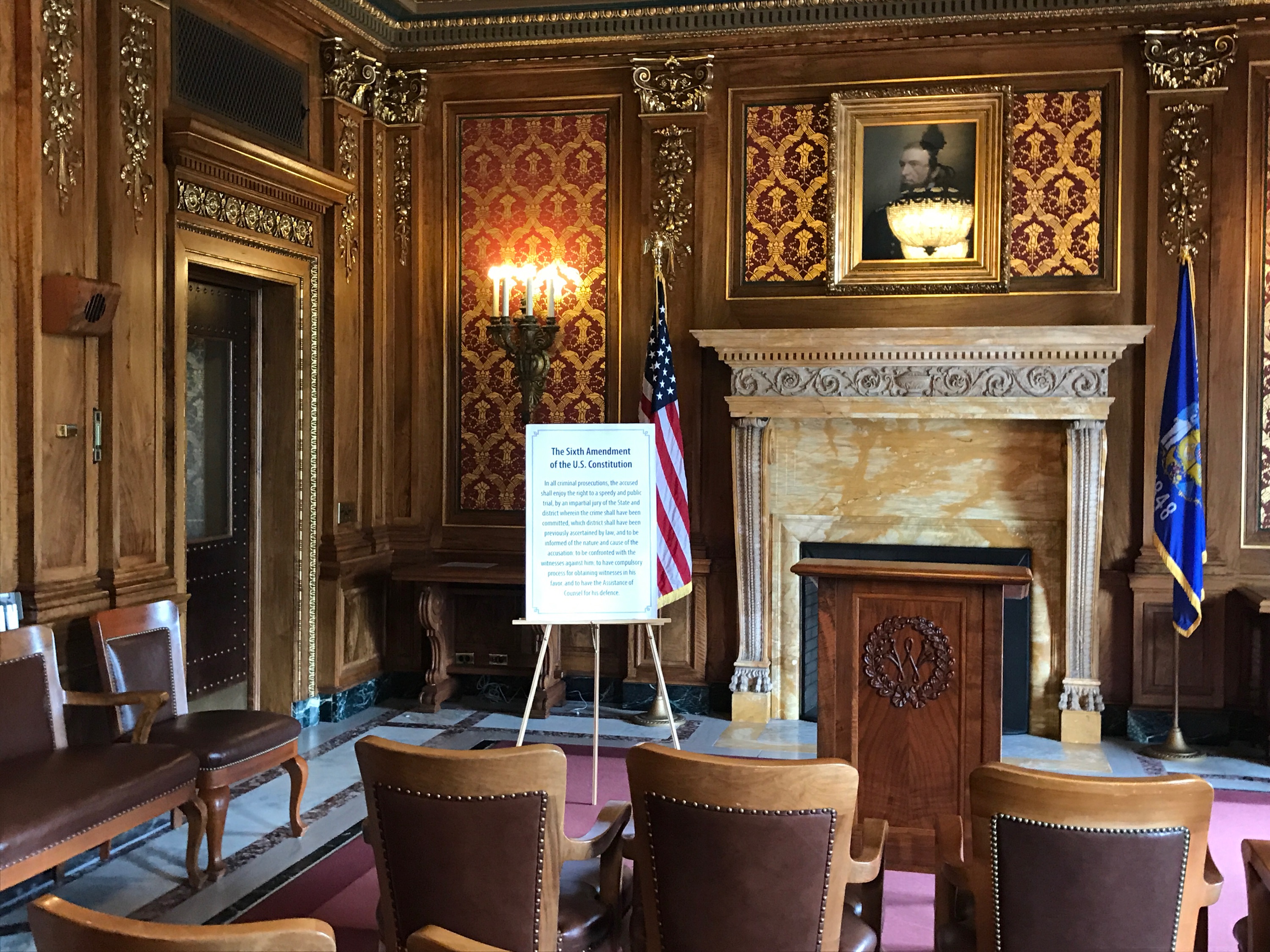 “Wisconsin has an adversary system of criminal justice in which one side, the prosecution, is systematically underfed, but in which the other side, the defense of indigents, is starved altogether. That predictably produces a sad spectacle, not a contest of equals calculated to lead us safely and reliably to the truth.” So observed Dean Strang, a member of a coalition appearing in the Assembly Parlor of the State Capitol on May 25, 2017, to announce the filing of a petition in the Wisconsin Supreme Court that seeks to end financial conflicts of interests in the appointment of private lawyers to represent poor people charged with crimes.

The coalition includes two former Supreme Court of Wisconsin justices, the entire leadership of the State Bar of Wisconsin, noted law professors, and numerous high profile leaders of the legal community from all ends of the political spectrum whose joint interest is to urge the Supreme Court to take action where the legislative branch has failed to do so for nearly 40 years. Specifically, the coalition asked the court to raise the appointed counsel hourly compensation rate (from $40 per hour to $100 per hour) and ban the practice of capping compensation regardless of the time needed to provide effective representation.

The Wisconsin State Public Defenders (SPD) is responsible for providing all right to counsel services throughout the state. The Governor, with advice and consent of the Senate, appoints nine people to the Public Defender Board that oversees the SPD. The board appoints the chief public defender of the SPD, who is responsible for carrying out the board’s policies and directives. 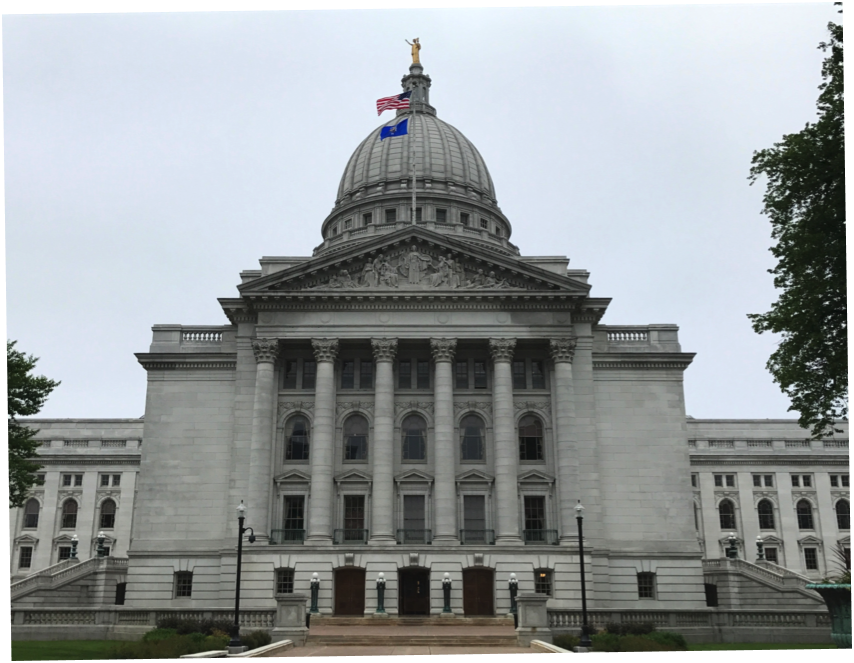 SPD has 35 local public defender offices employing attorneys who provide primary trial level representation. For conflict cases (estimated at nearly 40% of all cases), SPD has an Assigned Counsel Division set apart from the primary system through ethical screens that oversees private attorneys who are appointed on a case-by-case basis.

However, the compensation rates paid to private lawyers who take public cases in Wisconsin create conflicts of interest that interfere with their constitutional mandate. The state currently pays these private lawyers in one of two ways. They are paid either a) $40 per hour no matter how serious the case (a rate that has not changed since 1995, when the Wisconsin legislature actually reduced the rate from $50 per hour); or b) a flat amount per case (for example, $248 per misdemeanor case no matter the number of hours required to represent the defendant). SPD has flat fee contracts with more than 50 lawyers or law offices, covering approximately 10,000 conflict cases.

Although $40 per hour may sound like a lot of money to the average person trying to make ends meet in tough economic times, it is not, given the requirements of representing accused persons. The up-front costs required to maintain and operate a law practice in Wisconsin – commonly referred to as “overhead expenses” – are many, including but not limited to office rent, telecommunications, utilities, support staff, accounting, bar dues, legal research services, business travel, and professional liability insurance. In 2013, the State Bar of Wisconsin determined that the average Wisconsin lawyer must spend $41.79 an hour just to pay for overhead expenses. This means that the average attorney who is paid $40.00 an hour to represent the indigent accused will lose money during every hour he is protecting the constitutional rights of the poor.

As a means of comparison, over a quarter of a century ago, the Mississippi Supreme Court held that private attorneys who represent indigent criminal defendants are entitled to be paid a reasonable hourly fee in addition to reimbursement for overhead expenses.1 During hearings on the matter, the Mississippi State Bar Association presented evidence that the average overhead rate in Mississippi was $34.86 per hour. Consider the cost of living difference between, for example, Madison and the Mississippi Delta, and then consider that the Mississippi case challenging public defense compensation is now over 25 years old. In other words, the assigned counsel rate for Wisconsin lawyers today would barely cover the basic costs of keeping a law practice open in Mississippi in 1990. 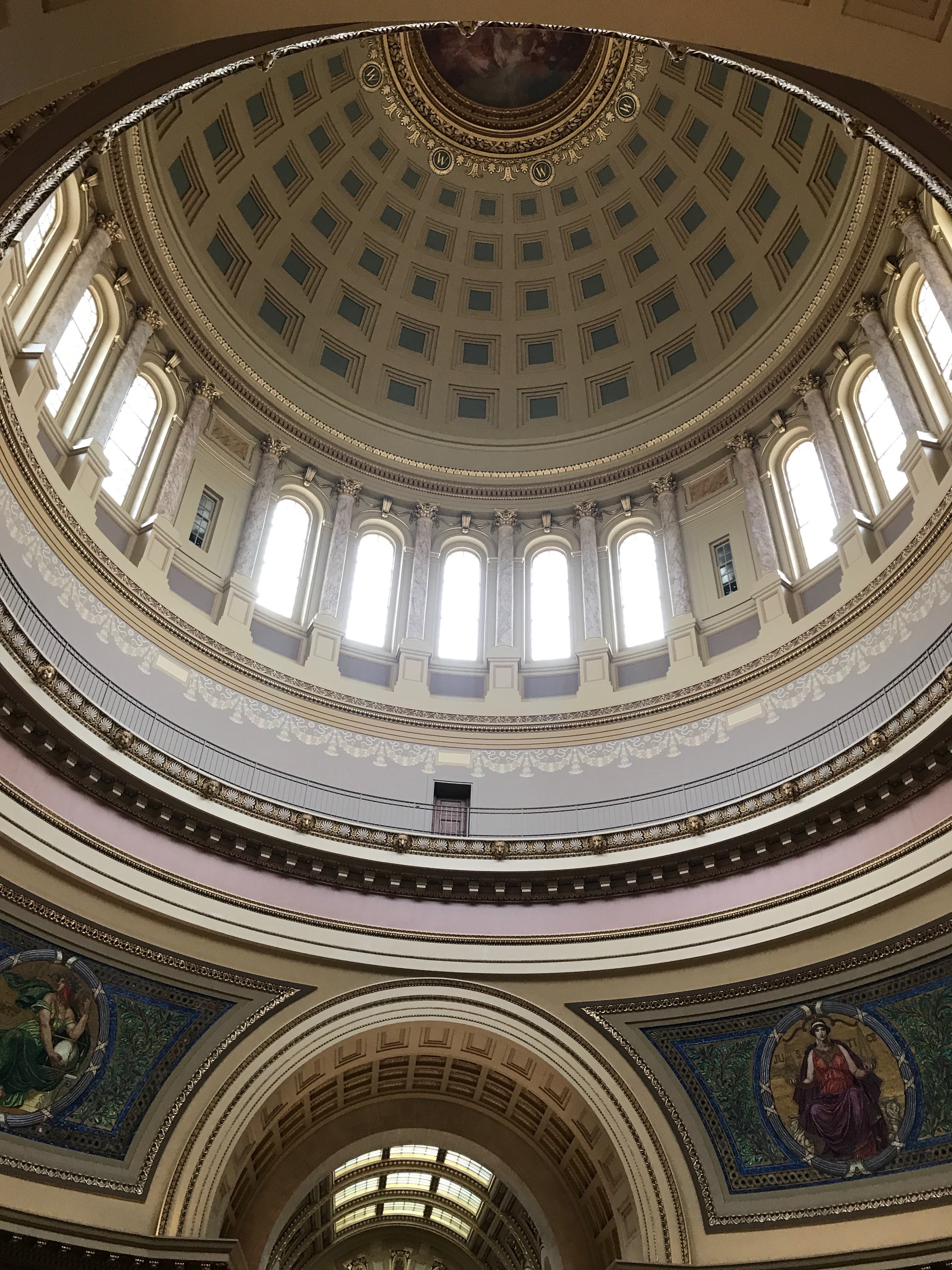 The 2015 Sixth Amendment Center report, Justice Shortchanged, explains in detail how these financial constraints lead to conflicts of interest when a lawyer is representing an indigent defendant. Flat fee contracts cause conflicts between a lawyer’s financial interests and the defendant’s legal interests, because it is in the lawyer’s personal financial interest to devote as little time as possible to each case. Hourly compensation that does not allow for profit beyond the cost of overhead means that few private lawyers may be willing to take these cases, and even when they do, they are likely to favor their paying clients’ cases over those of the indigent defendants they are appointed to represent.

A survey of Wisconsin private attorneys determined that increasingly fewer attorneys are willing to take appointed cases at the current compensation rates. Those who continue to take a significant number of indigent defense appointments spend less time on their public cases than on similar retained cases, file fewer pre-trial motions in their appointed cases, and are more likely to resolve appointed cases by pleading to the offense as charged.

A reason for optimism?

The coalition petition notes that the Wisconsin Supreme Court “has been asked to address this issue before.” In its July 6, 2011 ruling rejecting a similar petition asking for rate increases, the “Court made several important holdings that make granting the request now, six years later, appropriate and necessary.” Among those, the court acknowledged that it shares authority with the legislature over the rates paid to appointed counsel and found “extensive anecdotal evidence . . . that funding shortfalls may compromise the right to effective assistance of counsel.” Importantly as the new petition recounts, six years ago the Wisconsin Supreme Court said: “‘our criminal justice system is reaching a breaking point’ with regard to defense funding:

‘The resources available for the defense of poor people accused of crime has fallen alarmingly, potentially compromising our constitutional responsibility to ensure that every defendant stands equal before the law and is afforded the right to a fair trial guaranteed by our constitution. If this funding crisis is not addressed, we risk a constitutional crisis that could compromise the integrity of our justice system.'”

At the May 2017 press conference, State Bar of Wisconsin President Fran Deisinger told the court that the constitutional crisis it foresaw has arrived. “The shortage of qualified private bar attorneys willing or even able to work at this rate—especially in areas outside our population centers—has caused delays and postponements, which inconveniences victims and police officers and increases county jail stays at great cost to our taxpayers. And of course it also threatens the constitutional right of citizens to counsel when they are accused of crimes.”

The Wisconsin Supreme Court has the inherent power to ensure the effective administration of justice, and it should not allow the constitutional right to counsel to continue to be compromised. Increasing the amount paid to private lawyers who represent the poor does not have to mean that the legislature will be forced to expend more money. The Wisconsin legislature can, instead, take any number of steps to reduce the total number of cases in which attorneys must be provided at public expense. For instance, the legislature can direct that certain types of cases be diverted entirely out of the formal criminal justice system, focusing resources on providing assistance to defendants that will avoid future criminality. Similarly, lawmakers can change low-level, non-serious offense to citations in which the offender is given a ticket to pay a fine, rather than being threatened with jail time that triggers the constitutional right to counsel. By shrinking the size of the criminal justice system, a state’s funding requirements under the right to counsel can be lessened – along with the costs of jails, prosecution, and courts — even while increasing the rates of pay for attorneys who provide Sixth Amendment representation to the poor.

The 6AC report, Justice Shortchanged, was researched in conjunction with the Defender Initiative of the Fred T. Korematsu Center for Law and Equality at Seattle University School of Law (SUSL Defender Initiative). The SUSL Defender Initiative is a law school-based project aimed at providing better representation for people accused of crimes through a unified vision that combines research, advocacy, and education. The 6AC/SUSL partnership is generously supported by the U.S. Department of Justice, Bureau of Justice Assistance.