Posted on April 8, 2014 by David Carroll Posted in Pleading the Sixth

Pleading the Sixth: A keynote address by the director of the New York State Office of Indigent Legal Services at The Hague on April 5, 2014, served as an indictment of the right to counsel in America and of the absence of a comprehensive, nationwide plan from the federal government in response to the ongoing indigent defense crisis. It also spurred the 6AC to re-think the indigent defense crisis, and to question whether it can ever be solved without congressional action.

“Congress has never enacted a law requiring a good and uniform quality of representation in every state, and the Executive Branch – the President – has never proposed legislation or budget provisions that might accomplish it,” stated the director of the New York State Office of Indigent Legal Services, William Leahy, in a keynote speech before the European Association for American Studies in The Hague on April 5, 2014. Leahy’s criticism of the more than 51 years of federal legislative inaction since the American right to counsel was first established in Gideon v Wainwright, serves to highlight the stark differences between the broken promise of equal justice in America when compared by European standards. Indeed, Leahy calls for a global association of criminal legal aid providers as a ”bracing reminder” that U.S. federal policy makers need to do better, and “learn from the experience of other nations.”

The 6AC encourages you to read Mr. Leahy’s speech in its entirety, as we cannot do his words justice. Instead, we highlight one important theme of the speech, and ask if it is time to re-think our national approach to reform and look to Congress for answers.

Why the American right to counsel crisis continues unabated

U.S. Supreme Court Justice Louis Brandeis once famously stated that “[i]t is one of the happy incidents of the federal system that a single courageous state may, if it citizens choose, serve as a laboratory; and try novel social and economic experiments without risk to the rest of the country.” However important a role innovation plays in the development of best governmental practices (and it does), history has proven that it did not make any sense for states to act as the “laboratories of democracy” in regard to the Sixth Amendment without the federal government first establishing the basic floor below which no state’s indigent defense services may fall. We will explain. 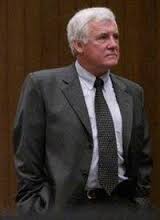 In the immediate aftermath of Gideon, the U.S. Congress wisely did not force states to choose a particular model for the delivery on indigent defense services (e.g., staff government employees, contract defenders or assigned counsel), but Congress should have adopted systemic safeguards such that, regardless of whatever delivery model was implemented locally, each and every defendant was assured that he would be provided with a uniformly qualified lawyer, appointed early in his case, who had sufficient time to mount an adequate defense, and who was retained or employed in a system altogether independent from undue judicial and political interference, just to name a few.

Without such federal systemic standards, are we at all surprised that local governments have prioritized cost-savings at the expense of due process? Since Gideon, the right to counsel in the vast majority of counties has devolved to the point where an individual attorney agrees to handle an unlimited number of cases for a single flat fee under contract to a county administrator or the judge presiding over the lawyer’s cases. From there, deficient indigent defense services simply continue to perpetuate themselves over time. For example, one does not learn to be a public defender in law school, but rather, one learns the system in which they practice each day. If the existing system does not have investigators, the attorney never learns the value of independent investigations, and eventually comes to believe that investigation is not a critical part of any defense. The same can be said for a healthy motions practice, or frequent client contact, or whatever part of zealous representation is undervalued in a particular jurisdiction.

And the litany of right to counsel cases that followed Gideon has proven incapable of rectifying this dynamic. For instance, over many decades the Supreme Court has delineated many criminal case events as being critical pretrial stages requiring counsel’s presence, including: preliminary hearings prior to institution of prosecution where “potential substantial prejudice to defendant[s’] rights inheres in the . . . confrontation;” lineups and show-ups at or after initiation of prosecution; during plea negotiations and at the entry of a guilty plea; arraignments; and, during the pre-trial period between arraignment until the beginning of trial. But one can go into courtrooms in the vast majority of states and witness violations of all of these U.S. Supreme Court cases every single day. And this is not just true of the critical stages of a criminal case, but also of entire categories of cases requiring counsel, be they misdemeanors or cases involving suspended sentences or juvenile delinquency proceedings. Indeed, if one were to go through the majority of exalted U.S. Supreme court right to counsel cases, the reality is that the majority of state criminal courts have yet to implement them.

The continued focus on litigation, rather than congressional resolve, means that the impacted defendant has little hope of addressing these violations through a complex (and costly) appellate system where they are often represented by the same non-independent, financially conflicted attorney who failed to provide adequate representation at trial in the first place. And even if this hurdle can be surmounted, ineffective assistance of counsel claims under Strickland v. Washington and its progeny can only remedy an individual harm (and even that is difficult, at best) and does not begin to strike at the failure of the broader indigent defense structure that an individual attorney is asked to operate within.

This American history stands in stark contrast to the British experience. In his speech, Leahy – relying on the seminal work of Law Professor and Dean Emeritus of Indiana University School of Law, Norman Lefstein – correctly notes that the indigent defense system in the United Kingdom is far superior to the Balkanized services existing in the more than 3,000 counties in America. There, the right to counsel system was a creation of the UK’s central government (i.e., akin to our federal government) rather than its courts. Now the central government funds all right to counsel services, licenses defense attorneys using stringent qualification standards, maintains on-going supervision and monitoring of attorney performance, requires the attachment of the right to counsel at police custody (i.e., prior to the initial custodial interrogation, let alone prior to any bail determination), and offers client choice of attorneys from those licensed practitioners, among other minimum standards.

If America is ever to resolve the nation’s indigent defense crisis, it is long past time to look to England for answers and work on developing a coordinated plan of action emanating in Congress, rather than the courts. Indeed, this was the primary reason people like Mr. Leahy, and organizations like the Sixth Amendment Center, have so ardently supported the call for the President to appoint a non-partisan National White House Commission on the Fair Administration of Justice for the Indigent Accused as a way to spur a nationwide legislative approach to equal justice. White House attention, for example, could result in Congress creating a national right to counsel center, or legislating baseline systemic right to counsel standards, or, at the very least, increasing resources for the continued efforts at fixing this national blight.

But, of course, it has now been one full year since the formal request for a commission was made (original letter dated April 4, 2013) with nothing to show for it but ongoing silence from the administration, while thousands of poor people go to jail every single day without ever having spoken to an attorney.