Posted on February 2, 2015 by David Carroll Posted in Pleading the Sixth

Pleading the Sixth: Do psychological factors force public defenders to rationalize sub-par performance in the face of excessive caseloads? And are these unconscious phenomena responsible for the failure to institutionalize caseload controls? These are just a few of the questions 6AC’s David Carroll explores with former public defender and current New England Law Professor, Tigran Eldred. 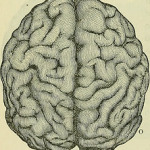 The National Association for Public Defense (NAPD) has triggered a critical debate as to whether public defenders with excessive caseloads can provide quality representation to their clients. (See articles by Andre Vitale and John Gross here, here and here.) Citing Professor Norman Lefstein’s exhaustive study, Securing Reasonable Caseloads: Ethics and Law in Public Defense, Professor Gross notes that psychological and organizational factors can “create an environment where excessive caseloads are regarded as normal.” These are themes that former public defender and current New England Law professor, Tigran Eldred, has explored in great detail in his seminal work Prescriptions for Ethical Blindness: Improving Advocacy for Indigent Defendants in Criminal Cases [65 Rutgers L. Rev. 333 (2013)].

The Sixth Amendment Center (6AC) encourages all defense providers and criminal justice stakeholders to read Professor Eldred’s full article. In an effort to further the debate, I sat down with Professor Eldred to explore the psychology of excessive caseloads.

David Carroll: Can you give our readers a brief overview of what you mean by the term “ethical blindness”?

Tigran Eldred: The central thesis of my work is that defense lawyers, like everyone, are influenced by a number of psychological factors (called “cognitive biases and heuristics”) that, under certain conditions, make it hard for them to appreciate their own limitations. The result, I believe, is that many lawyers with excessive caseloads simply do not realize when they are providing subpar performance to their clients.

DC: Okay – let’s try to unpack this for our readers. Are you saying that the demands of excessive caseloads force public defenders into making quick decisions about cases everyday that that they themselves may not be consciously aware of?

TE: That’s basically it. And, the scientific support for this comes from the world of “behavioral ethics.” In particular, three psychological factors are relevant to the excessive caseload discussion. First, we all experience what is known as “confirmation bias.” This is the tendency in all of us to seek out, interpret and remember information in a manner that supports our pre-existing beliefs. The second and related concept is “motivated reasoning.” Not only do we seek to confirm our pre-existing beliefs, but also we do so to reach conclusions that we prefer. Third, because of our general desire to think well of ourselves, we tend to experience an “overconfidence bias,” including the tendency to overestimate our abilities to act competently and ethically when confronted with difficult dilemmas.

All of three of these factors occur unconsciously. We are tricked into believing that our choices are reasoned, even when often they are not. Our brains convince us our quickest decisions are solely the result of conscious and rational deliberation. But all the while we are blissfully unaware of how our pre-existing views, desires and self-conception can influence the judgments and decisions that we make.

DC: So, we need some context here. Can you explain these theories within the specific debate of how public defenders respond to excessive caseloads?

TE: Certainly. I agree with Professor Gross that defenders who have too much work often have only one option: to triage cases. Structurally, they are forced into focusing limited resources on a percentage of cases at the expense of many others – and on those cases that don’t get the same level of focus or resources, you wind up with an assembly line of quick plea dispositions. When this type of triage occurs, the psychological phenomena I have described can be expected to exert significant influence.

For example, by starting with the premise that most cases will need to be disposed of quickly, lawyers will likely engage in confirmatory and motivated reasoning, unconsciously seeking reasons to justify this pre-determined conclusion. This can happen in a number of ways. For example, the lawyer might overestimate the strength of the evidence against the client or underestimate the value of additional investigation. Acts of omission, as Professor Gross notes, can have a profound effect on a case. When the lawyer fails to seek exculpatory material, to interview witnesses or to visit a crime scene – or fails to engage in many other forms of advocacy for a client – the lawyer is essentially confirming the pre-existing belief that no additional work for the client will be helpful.

DC: In studying indigent defense services all across the country, I continually encounter public defenders that tell me that I should not be so dismissive of early resolution courts because they often result in favorable decisions to defendants.

TE: Right, they’re playing the percentages. While in many instances it may be true that the best course of action is a quick plea bargain, it is also true that in many instances it is not. There is a significant chance that the decision to forgo additional work for the client is the product of the type of fast thinking I have described. And then, after the fact the process become self-fulfilling. The lawyer has decided that a quick plea is appropriate without further investigation. So the client is advised to take the plea quickly and the lawyer, laboring under the illusion that the decision was solely the product of rational deliberation, remains convinced of the propriety of the decision — unaware of the subtle psychological forces that conspire to influence the lawyer’s behavior.

DC: So are you saying that lawyers with excessive caseloads can never act in their client’s best interests?

TE: Not at all. To be sure, many lawyers provide excellent representation much of the time, despite almost always toiling under extremely difficult working conditions. This includes appropriately advising whenever a plea bargain is the best option. But the right to counsel is a right of the individual client. It is not constitutionally acceptable for public defenders to give great representation to 70% of their clients and fall short of the mark in 30% of the cases. It is not constitutional to provide excellent representation in only the most serious or high-profile cases and underperform in less serious cases. My point is that in the cases where lawyers provide subpar performance, the lawyers involved are likely to be fooling themselves into believing that adequate representation has been provided when it has not.

DC: I agree. I have been to too many jurisdictions in too many states where public defense providers believe that it is better for clients to receive limited representation from the primary provider than representation by a conflict attorney, and use that as a justification for triaged justice. It comes off as some sort of “Superman” complex, which I guess is the definition of the “overconfidence bias.” Would you agree?

TE: Yes. Everyone should be wary when they find themselves believing that they can handle a difficult situation better than most others. There are many other psychological aspects to this story too. A big one is the powerful psychological role that supervisors can play by dissuading subordinate lawyers from protesting excessive caseloads. Likewise, the informal norms that exist in many courthouses to discourage defense lawyers from slowing down the speedy disposition of cases have significant psychological effect. The routinization of the plea bargaining process, the ambiguity of the rules that govern lawyer behavior and the heavy cognitive load placed on lawyers because of excessive caseloads also are relevant.

DC: So what is the answer to ethical blindness?

TE: This is where the latest post by Mr. Vitale is so critical to the discussion. He suggests that indigent defense reform must occur on three fronts: system-building, public advocacy and culture change. I agree all three are critical to overcoming ethical blindness. Public defenders must work in systems that insulate them from undue political and judicial interference. Without structural independence there is little hope that public defenders can overcome these issues alone.

That is why the work of your organization, the Sixth Amendment Center, is so important. It often takes an outsider’s perspective to see the ineffective representation stemming from carrying too many cases at once. Rather than focusing on public defense providers, you work with policymakers and criminal justice stakeholders to create systems that can take root and flourish. But it can also be a group of outsiders that force a jurisdiction to look at these issues through litigation, like the American Civil Liberties Union.

DC: Thanks for the kind words. This is probably a good point to publicly acknowledge and thank you for the role New England Law|Boston has played in building partnerships between the 6AC and Boston-area law schools.

However, the 6AC has always understood that system-building is only part of the answer. An indigent defense system is only as strong as the people in it. That is why the 6AC is openly supportive of public and private funding for organizations like the National Association of Criminal Defense Lawyers, Gideon’s Promise, the National Juvenile Defender Center and the National Association for Public Defense that provide everything from skills training to client-centered culture change.

TE: Yes, that is it. As I state in my article, if lawyers learn to recognize their own ethical limitations, they will be better positioned to resist representing clients for whom they cannot provide competent representation. For example, ethically aware lawyers may start engaging in the type conduct required by the ABA Formal Ethics Opinion to withdraw from cases or refuse new appointments when cases become excessive. So they need systemic independence, outside review and culture change to invoke their independence when it comes to excessive caseloads.

DC: And what about public advocacy?

TE: I think we are all indebted to NAPD for creating a forum for this type of debate to flourish. Only by exposing and discussing these psychological underpinnings is there hope to overcome them.