Posted on January 9, 2013 by David Carroll Posted in Pleading the Sixth

Pleading the Sixth: King County, Washington (Seattle) released a plan for the reorganization of its right to counsel system.  Long-regarded as an indigent defense “best practice” jurisdiction, the County proposes to eliminate independence while transitioning the staff of the four non-profit public defender agencies to county employees.  King County points to other jurisdictions, like Los Angeles County, California, to assure the community that having a chief public defender appointed by and reporting to the County Executive will not impact quality.  But is Los Angeles really the model King County wants to emulate?

On January 3, 2013, King County, Washington (Seattle) publicly released Core Principles to Guide Creation of a County Public Defense Agency – a public defense reorganization plan that seeks to transition the staffs of the four existing independent, non-profit public defender agencies to full-time, county government employees.  The proposed change comes on the heels of a settlement in a class action suit in which the Washington Supreme Court affirmed a lower court’s determination that employees of the public defender agencies should be considered county employees for purposes of participating in the public employee retirement fund.  (Click here for more on the lawsuit and how King County currently structures its indigent defense services.)

The reorganization plan, that is a work-in-progress and still has to be approved by the County Council, presumes that all employees will become county employees by July 2013.  The Sixth Amendment Center (6AC) does not take a position on whether or not public defenders in King County should become county employees or be kept as contract employees.  Rather, we are concerned that whatever delivery model is employed by King County – and elsewhere – meets the threshold for independence required under the American Bar Association, Ten Principles of a Public Defense Delivery System.  (For more on the preeminent need for independence of the defense function, click here.)

The Flaw in the King County Survey

King County dismisses the idea of having a publicly elected Chief defender by relying primarily on an outside evaluation of elected public defenders in Nebraska. Specifically, “a 1993 report by the Spangenberg Group gave Nebraska’s public defense system poor ratings on independence precisely because many of their counties elected their public defenders.  The Spangenberg Group found that the process of running for office, raising money and campaigning makes it more difficult to make case decisions free from political influence.” Now whether or not one agrees with The Spangenberg Group’s (TSG) conclusion, King County at least presents evidence for why it believes an elected public defender would not be a good model.  Proponents and opponents of the plan can debate TSG’s conclusions based on the report’s merits. However, King County failed to do the same rigorous review of publicly available reports regarding the benefits and flaws of the remaining two models: the commission approach, and the appointed public defender approach.  Instead, it appears that King County simply relied on what people in those systems told the county about their programs.

The problem of self-reporting is that it is difficult for people with no other outside experience to judge their own systems against prevailing national standards.  Indeed, the 6AC rarely finds a public defender who will say, “my independence is compromised” when asked.  This is true even in places like Michigan where public defense attorneys work on flat fee contracts for unlimited number of cases in which overhead expenses and trial-related expenses comes out of that single flat fee.  Such  attorneys in Michigan receive their contracts directly from county administrators or judges.  And due to the lack of independence, they know not to complain about the excessive number of cases they are forced to accept – because the county or the court will find someone who will do the work complaint-free.  A number of Michigan attorneys told me that they ask the police to reinvestigate cases rather than pay for an independent investigator out of their flat fee take home pay.  But when asked if they are “independent,” to a person they will say “yes.”

The King County plan concludes that there are no independence issues with comparative counties where the county executive appoints the chief public defender simply because public defender chiefs in places like Los Angeles, Sacramento, Phoenix, Chicago and Las Vegas self-report that they are “independent.” But had King County sought independent evaluations of such jurisdictions very different conclusions would have been reached.  And, there are reports by experts or independent news agencies on most of these systems that conclude that the political interference inherent in them harms their clients.

A Closer Look at the Los Angeles County Public Defender

In 2009, Nancy Albert-Goldberg – the former project director for U.S. Department of Justice-funded National Study Commission on Defense Services – published Los Angeles County Public Defender Office in Perspective.  The report concludes that the Los Angeles County Public Defender (LACPD) “constantly grapples with the conundrum of serving two seemingly opposing constituencies—indigent clients accused of crime and a county government that finances both prosecution and defense of the accused.”  The lack of independence of the defense function leads to many problems including LACPD misdemeanor attorneys disposing of “1,200 cases per attorney per year, about three times the recommended national maximum.” Moreover, since “detainees generally meet their public defenders only a few moments before appearing before the judge, many guilty pleas take place without any investigation into the facts or the opportunity for a full-scale interview.” 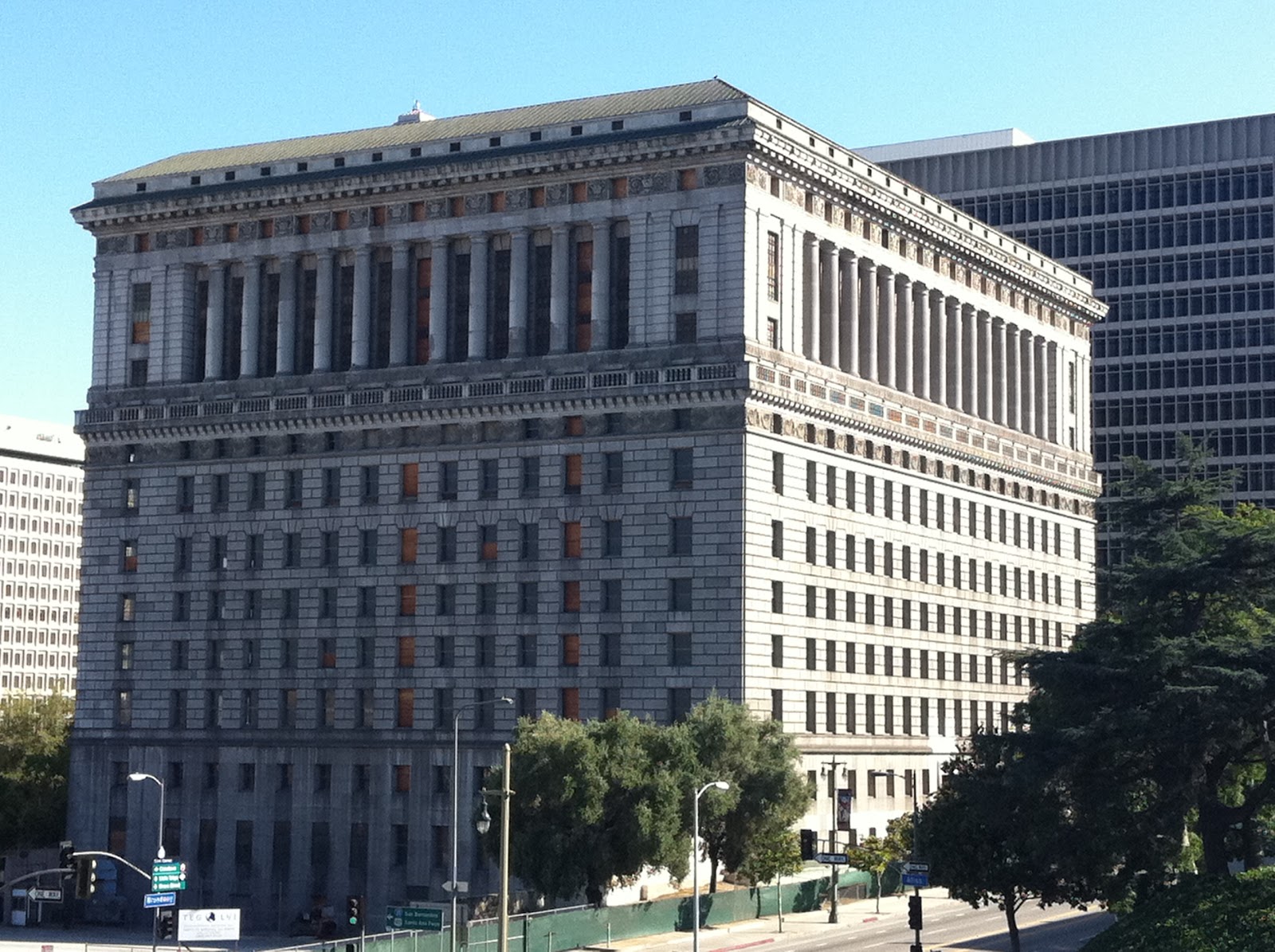 According to Ms. Albert-Goldberg, LACPD “provides no formal training programs for new attorneys outside of an orientation lasting two to three days,” and that “[n]ew recruits are plunged into courtroom duty almost immediately” in felony preliminary hearings because, according to the Chief Deputy Defender, “they can do the least harm there, since the standard of proof is so low, most people will be bound over, regardless.”  The report concludes that the “public’s perception of fairness in the criminal justice system” in Los Angeles County “is damaged by ‘assembly line justice’ in the lower courts where millions of citizens have their first encounter with a system that affords inadequate attention to the individual defendant.”

Though we highlighted Los Angeles County, we could just as well pointed out situations in the other surveyed counties demonstrating undue interference, including, a Chicago Tribune article detailing how the the chief public defender in Cook County was terminated for trying to ensure reasonable caseloads, or a report of the National Legal Aid & Defender Association detailing excessive caseloads in Clark County, Nevada (Las Vegas).  Like Los Angeles County, the chief defenders in both of these systems are direct appointees of county management as well.

Is this the type of justice system that the policymakers of King County want?

The other side of the coin

Conversely, the King County plan fails to look at what national experts say about independence of jurisdictions employing a “commission” format.  Though King County surveyed a number of chief defenders in jurisdictions operating under the “commission” model (e.g., Public Defender Services for the District of Columbia (PDS), Massachusetts’ Committee for Public Counsel Services (CPCS), and the Oregon Public Defender Commission), they failed to review independent studies of those systems.

For example, in 2003, the U.S. Department of Justice, National Institute of Justice published The Implementation of Public Defense Standards, which concluded: “[b]y virtue of the statutory assignment to an independent commission of the authority to develop and enforce standards, independence is the standard from which all others flow, and hence the single most important standard affecting indigent defense in Massachusetts.”  Massachusetts’ nationally regarded attorney-qualification process, supervision, training and workload controls all stem from its independent commission.  The same report also concludes that the independence of the Oregon system is responsible for “the highest degree of accountability and compliance with basic agency-management standards such as workload, performance, training, procedures, and service quality.”

Similarly, the National Legal Aid & Defender Association report Halting Assembly-line Justice evaluated the Public Defender Services for the District of Columbia and concluded: “PDS’ status as an independent agency has allowed it to maintain a singular focus on providing zealous advocacy, as ethical standards require, and to set its policies and programs based upon what that high standard requires.”  Additionally, “the independence of PDS’ non-partisan Board of Trustees has allowed for a long line of superior leadership, assuring that recruitment from America’s top law schools continues year after year.”

The 6AC notes one major omission from the published work plan: an examination of outside evaluations of the current King County system.  For example, noted indigent defense expert and New York University law professor, Kim Taylor-Thompson, wrote in a 2003 law review article, Turning Up Gideon’s Trumpet, that the Defender Association of Seattle has an earned reputation for “innovative and client-centered representation.”

It is the understanding of the 6AC that King County published its work plan to solicit feedback from various stakeholders, and that the County intends to continue to study various models for the delivery of constitutionally effective right to counsel services. The Sixth Amendment Center continues to urge King County officials to move cautiously, be transparent in its planning process, and be inclusive in soliciting feedback from defenders and the broader community before implementing any plan.  By doing so, the County will avoid implementing a plan that infringes on the independence of the defense function.

(Photo of King County Courthouse, via kingcounty.gov.  Photo of Los Angeles Hall of Justice, via “The Downtown Exile“.)