The information provided in the table below was compiled by the Sixth Amendment Center from a review of the Minutes of all meetings of the Indiana Public Defender Commission from January 29, 1998 through September 17, 2014. The Commission operates on a fiscal year running from July 1 through June 30, while the counties operate on a calendar year. Until the 2nd quarter of 2002, there was no deadline by which counties had to submit their claims for reimbursement, so a given quarter may include expenses incurred in more than one preceding quarter. Beginning with the 2nd quarter of 2002, counties were required to submit their reimbursement claims within 45 days of the end of the quarter in which they were incurred. The Commission consistently acted on all claims received during a given quarter at the meeting held within a few weeks following the end of that quarter. For consistency, the year and quarter headings in this table indicate the quarter during which a county’s claim was submitted to the Commission. For example, a county would incur expenses during the 4th quarter of 2000 or earlier, submit its claim during the 1st quarter of 2001, and the Commission would act on that claim during the 2nd quarter of 2001 — that activity is reflected in this table under the heading of “01 Q1.” “APP” indicates the quarter during which a county was first approved by the Commission to participate in the non-capital reimbursement program. 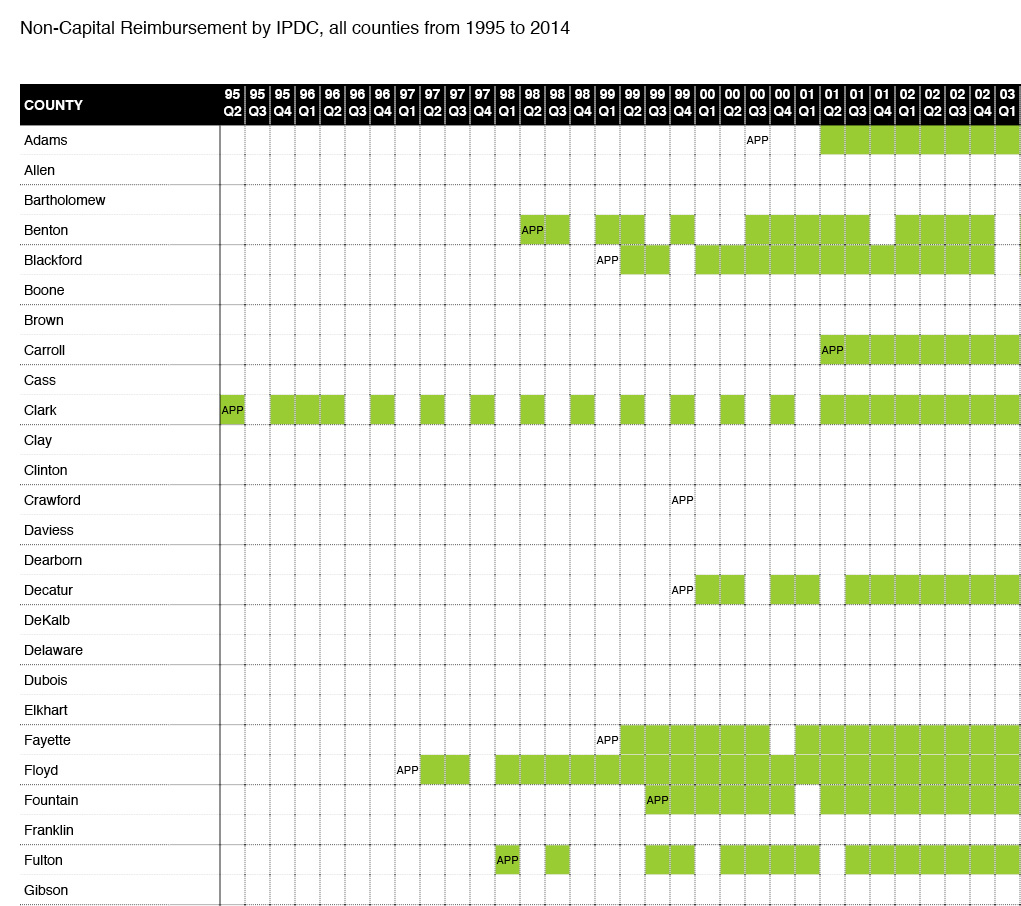