State commission: yes (2) – one for primary system & one for conflict system
Branch of government: judicial

For primary representation, the Colorado Public Defender Commission is an independent, five-member body, in the judicial branch, that selects the chief attorney for the Office of the Colorado State Public Defender. That office is responsible for implementing and enforcing the commission’s policies and for all administrative and support functions throughout its regional offices. The central administrative office is located in Denver.

The state supreme court appoints all members of both commissions.

Both the primary and conflict systems are funded entirely by state general fund appropriation.

The Office of the Colorado State Public Defender administers 22 regional defender offices across the state, each staffed with full-time attorneys and substantive support staff.

In cases of conflict, direct services are provided by private attorneys appointed to individual cases and overseen by the Office of the Alternate Defense Counsel. 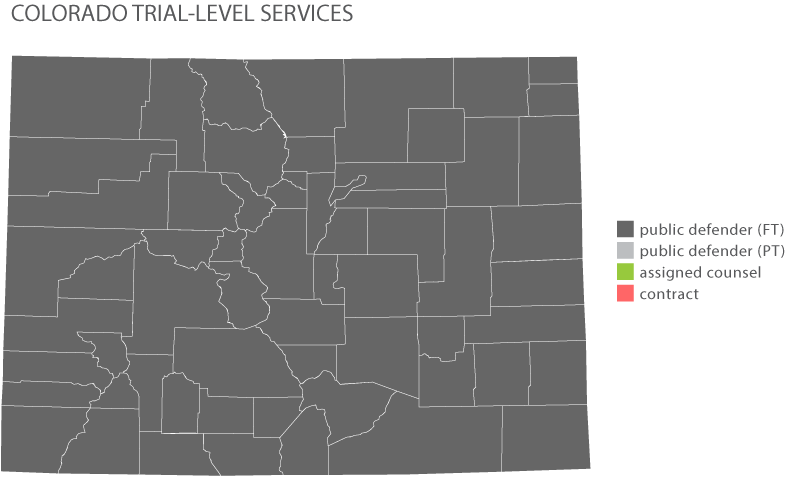 Access to the laws of Colorado is also available at the free public access site of LexisNexis.

6AC Views on News from Colorado