The Georgia Public Defender Council (GPDC) is a fifteen-member commission within the executive branch. The executive branch of government has the majority of appointments to GPDC, but there is also an eight-member legislative oversight committee that reviews the council’s work.

The council appoints circuit public defenders to oversee trial-level indigent defense services in 49 of the state’s judicial circuits, but counties can opt out of the system, meaning the state has no regulatory authority over those regions. Because of this, GPDC is defined as having limited authority. 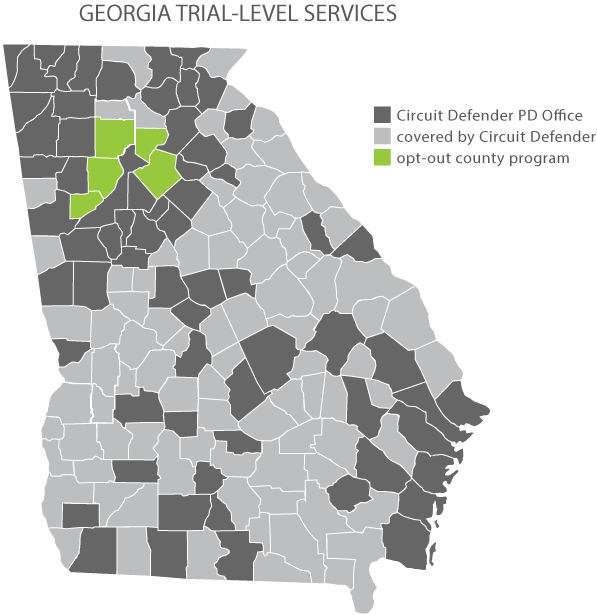 6AC Views on News from Georgia