The New Mexico Law Offices of the Public Defender is a department in the judicial branch. The department is responsible for the provision of right to counsel throughout the state’s trial and appellate courts.

The Law Offices of the Public Defender is overseen by an independent, 11-member Public Defender Commission appointed by diverse authorities: Governor (1 appointee); Chief Justice (3); Dean of University of New Mexico School of Law (3); Speaker of the House of Representatives (1); Senate President (1); and majority floor leaders of each chamber (one each). The commission selects the state’s chief public defender.

The New Mexico Law Offices of the Public Defender provides right to counsel services through a mixture of traditional public defender offices and contracts with private attorneys. The department’s 12 branch public defender offices are located in and serve the state’s more urban areas. In rural parts of the state, the agency has a Contract Counsel Legal Services division that administers contracts with private attorneys on a flat-fee-per-case basis. 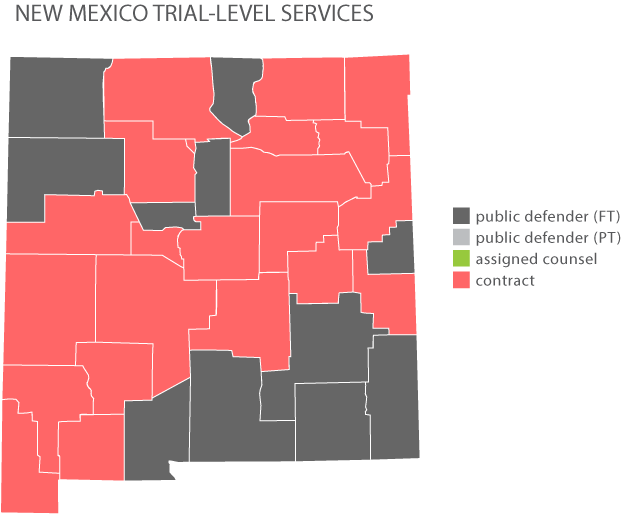