Though CLCI has the statutory authority to establish standards to control workload for both public defenders and contract counsel, they have not yet done so. CLCI has worked methodically since its creation in 2005 to gather sound objective data before adopting workload standards.

The North Dakota Commission on Legal Counsel for Indigents (CLCI) has established six full-time public defender offices (Dickinson, Minot, Williston, Grand Forks, Fargo, and Bismarck) since 2005. Private attorneys who are under contract to CLCI handle conflict cases in these six regions, as well as all indigent defense services in regions where there is no full-time public defender office. 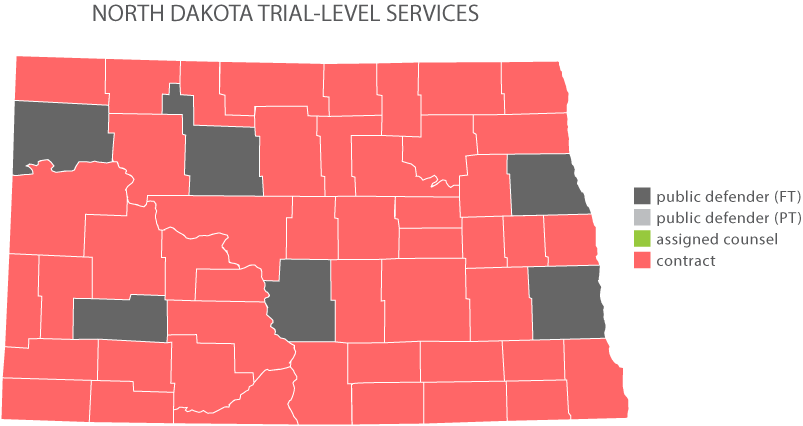