The governor appoints the chief public defender of the Rhode Island Public Defender, which is a statewide executive branch agency responsible for providing right to counsel services throughout the state.

The Rhode Island Supreme Court administers a panel of private attorneys to be appointed in conflict cases.

Rhode Island is home to the nation’s first-ever statewide, state-funded public defender office, established in 1941. The Rhode Island Public Defender remains to this day as the state’s primary system for providing right to counsel services. Being a geographically small state, the agency has but five satellite offices located across the state.

Conflict representation is provided by a panel of private attorneys, who are paid hourly on a per-case basis and administered by the Rhode Island Supreme Court. 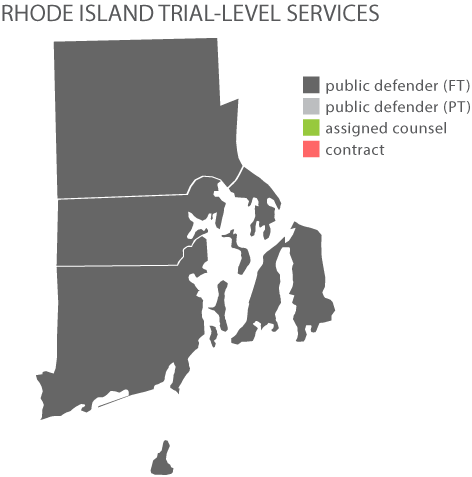