Posted on June 9, 2017 by David Carroll Posted in Pleading the Sixth

Pleading the Sixth: The Nevada Governor signed into law a bill creating a statewide indigent defense commission. Following the example from Idaho’s recent reforms, the new law funds the commission to hire staff, collect data, evaluate current services, and make legislative recommendations to ensure that the state’s obligations under the 6th and 14th Amendments are met in the next legislative session.

On June 8, 2017, Nevada Governor Brian Sandoval signed into law Senate Bill 377 establishing the Nevada Right to Counsel Commission (NRTCC) after the bill overwhelmingly passed both chambers of the legislature (Senate: 18-3; Assembly: 36-6). This legislation responds to recommendations made in September 2016 by the Nevada Advisory Commission on the Administration of Justice (NACAJ), calling for a statewide commission and statewide indigent defense system.

As originally drafted, the legislation would have more closely tracked the NACAJ recommendations, but members of the Senate Finance Committee realized that Nevada does not have sufficient information about the amounts currently being spent by the counties and the state to provide the right to counsel. Without that information, the state cannot accurately project and allocate the amount of funding needed for a statewide system.

The time limitations in Nevada’s legislature are among the most stringent in the country, with the legislature meeting for only 120 days every other year. To ensure that needed reforms move forward now, rather than waiting until the 2019 legislative session, lawmakers amended the bill to establish the commission and empower it to collect the necessary funding information. This follows the roadmap of the Idaho legislature in their recent reforms.

The first of the American Bar Association Ten Principles of a Public Defense Delivery System explicitly states that the public defense function must be independent, and to safeguard that independence “a nonpartisan board should oversee defender, assigned counsel, or contract systems.”  National standards provide that commissions should consist of “from nine to thirteen members” representing a “diversity of factions” to protect the defense function from partisan politics and so that “no single branch of government” has “a majority of votes on the Commission,” while giving “organizations concerned with the problems of the client community” a place on the commission. 1

The Nevada Right to Counsel Commission squarely meets these standards. The NRTCC will have 13 voting members and one non-voting member.

Crucially, SB 377 follows national guidelines in barring sitting judges, prosecutors, and law enforcement officials from serving on the commission. Indeed, the bill goes further still in preventing potential conflicts of interest by also disallowing attorneys who stand to benefit financially from the policies of the commission from being appointed and providing that not more than two county managers/commissioners can serve.

Each member of the Commission must have:

“(a) Significant experience in providing legal representation to indigent persons who are charged with public offenses or to indigent children who are alleged to be delinquent or in need of supervision; (b) A demonstrated commitment to providing effective legal representation to such persons; or (c) Expertise or experience, as determined by the appointing authority, which qualifies the person to contribute to the purpose of the Commission . . ..”

In 2014, the Idaho legislature created the Idaho State Public Defender Commission (ISPDC). Because of the depth and breadth of indigent defense problems in Idaho, there was a conscious recognition on the part of the 2014 legislature that it would take considerable time to unify the practices of 44 counties into a statewide whole. It was anticipated that, during the first year, the commission members would be appointed and begin meeting, they would hire an executive director, and the director would begin hiring staff to accomplish the immediate goal of training lawyers. The Idaho commission was initially responsible for gathering data from around the state, and studying how a statewide system could be funded and standards enforced.

Nevada is taking a similar path. SB 377 requires the NRTCC to conduct a study of how services are 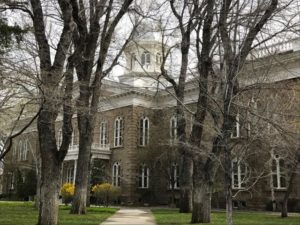 provided throughout the state. The commission must “make recommendations to the Legislature to improve the provision of indigent defense services and to ensure that those services” meet the state’s obligation to provide effective representation, including proposing standards for defense counsel workloads. The commission must report its findings to the legislature by September 1, 2018, along with recommendations about the creation of a statewide system and standards, to allow for legislation in the next session. Every state and local agency, officer, and employee is required to provide any “information requested by the Commission to carry out any of its functions.” Importantly, the Commission has been funded $230,000 for this work.

In Idaho, a similar two-year study approach resulted in sweeping changes that empowered its commission with the authority to regulate the administration of right to counsel services statewide.

Under Supreme Court case law, the provision of Sixth Amendment public defense services is a state obligation through the Fourteenth Amendment. The Court has never directly considered whether it is unconstitutional for a state to delegate this constitutional responsibility to local governments, but if a state does delegate the responsibility, the state must still guarantee that its local governments are not only capable of providing adequate representation, but that they are in fact doing so. With the creation of the NRTCC, Nevada is taking beginning steps to ensure that its constitutional obligation to provide effective counsel to the indigent accused is met in all courts.

This step continues the trend by western states in reforming the provision of right to counsel services. Of the fifteen states that make up the Western Interstate Region of the National Association of Counties: eight have statewide, state funded and state administered defender services (Alaska, Colorado, Hawaii, North Dakota, New Mexico, Oregon, Montana, and Wyoming); three are in the process of increasing state oversight (Idaho, Nevada, and Utah); and two are in the midst of lawsuits due to lack of state oversight (California and Washington). This leaves only Arizona and South Dakota as the two western states that still pass on their state obligations under the 6th and 14th Amendments to local government with no state oversight and little (if any) state funding . . . that have not yet been sued.