Right to counsel advocates mourn the passing of Anthony Lewis

Posted on March 25, 2013 by David Carroll Posted in Pleading the Sixth

Pleading the Sixth: On March 25, 2013 the indigent defense community lost one of its heroes.  Anthony Lewis, the author of Gideon’s Trumpet, passed away at his home in Cambridge, Massachusetts at the age of 85.

From time to time – with due solemnity, and after much searching of conscience – the Court has overruled its own decision.  Although he did not know it, Clarence Earl Gideon was calling for one of those great occasions in legal history.  He was asking the Supreme Court to change its mind.  [Anthony Lewis, Gideon’s Trumpet]

On March 25, 2013 the indigent defense community lost one of its heroes.  Anthony Lewis, the author of Gideon’s Trumpet, passed away at his home in Cambridge, Massachusetts at the age of 85.  Despite ill health, Mr. Lewis never stopped trumpeting the Gideon cause.  One week prior to his death, he appeared at Brandeis University Law School to talk about Gideon v. Wainwright at the 50th anniversary of the Supreme Court’s decision, and the future of the right to counsel in America.

A co-panelist, William Leahy, the Director of the New York State Office of Indigent Legal Services, had this to say about the experience: “On Monday, for an hour and a half I was the luckiest person on the planet.  I sat next to Anthony Lewis on the Gideon panel at Brandeis, as he explained his involvement as a young New York Times reporter, how he became attracted to the case, described historic characters such as Justice Hugo Black and legendary litigator (later Justice) Abe Fortas, and explained how he created the book, Gideon’s Trumpet, that popularized the expanded constitutional right to counsel.  It was a treat.” 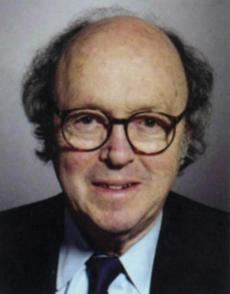 On March 18th, The New Press published Chasing Gideon: The Elusive Quest for Poor People’s Justice, a book by Karen Houppert that picks up the right to counsel saga in America where Gideon’s Trumpet left off.  Upon learning of Mr. Lewis’ passing Houppert stated: “Anthony Lewis had a rare talent for untangling all the complicated machinations of the courts into clear, seamless prose that every reader of the Times could understand. When I began reporting two years ago on the landmark U.S. Supreme Court decision Gideon v Wainwright for my book, Chasing Gideon, his seminal text on the original case was the first source I turned to. He was an amazing, committed journalist who made the law accessible to thousands of Americans.”

As someone who regularly tries to explain the long-standing, deep-rooted systemic deficiencies that plague many of our nation’s indigent defense services, I agree that Mr. Lewis had a way of making the law accessible to non-lawyers.  Indeed, for many in the national indigent defense community, reading Gideon’s Trumpet was the spark that ignited their desire to enter law school and/or work to ensure a meaningful right to counsel for the poor.   I know it was for me.  One of my first assignments after being hired by Bob Spangenberg (then of The Spangenberg Group, an indigent defense consulting firm based in Newton, Massachusetts) was to read Mr. Lewis’ book. Having come to some understanding of what was required under the Sixth Amendment to the U.S. Constitution, I very shortly thereafter found myself in a Mississippi courtroom with Bob being shown how far off the mark we had come from Gideon’s promise that Mr. Lewis had so eloquently heralded. To this day, I still keep a dogged-eared copy of Gideon’s Trumpet in my briefcase wherever I travel.

On this solemn occasion, let us recommit to keeping Gideon’s Trumpet alive and blaring, until no person is deprived of his or her liberty in a criminal proceeding without first being given access to competent legal counsel.