Posted on October 3, 2017 by David Carroll Posted in Pleading the Sixth

Pleading the Sixth: The Tennessee Supreme Court released a press statement announcing its unanimous support for comprehensive indigent defense reforms, including the creation of a statewide indigent defense commission and a state appellate defender office, and the first increase in assigned counsel compensation rates in 20 years. Change is definitely afoot in yet another conservative state.

“The State of Tennessee carries the obligation to comply with the requirements of the Sixth Amendment of the United States Constitution and Article I, Section 9 of the Tennessee Constitution. The Court takes seriously our duty to see that the state’s programs providing legal assistance to eligible adults and children are providing that service in an organized, professional way that is fair to those represented, as well as to the taxpayers of this state,” stated Chief Justice Jeffrey S. Bivins on October 3, 2017, in a press statement issued by the entire court. Today, the Court commits to support legislation in the 2018 session to implement many of the changes identified as necessary by the court’s Indigent Representation Task Force in its April 10, 2017 report, Liberty & Justice For All: Providing Right to Counsel Services in Tennessee.

Some of the proposed reforms require legislative action, while others are in the court’s power to change directly.

As the 6AC has explained, there are three different systems currently operating in Tennessee to provide counsel to indigent people at trial and appeal in criminal and juvenile delinquency cases: a capital post-conviction office; the district defender office system; and the private attorney appointment system. Private attorneys are appointed to handle every indigent case that is not handled by the capital post-conviction office or a district defender office, and the private attorney for each case is chosen and appointed directly by a judge and paid an hourly rate for his services. The number of cases requiring appointment of a private attorney has steadily increased in Tennessee. As the Task Force found, presently, private attorneys are appointed to provide representation in all criminal conflict cases throughout the state, and in many areas of the state they provide the bulk of the representation in all delinquency and other types of cases.

The Tennessee Supreme Court, through its court rules, controls the appointment and compensation of these private attorneys. The court’s press release explains four changes it will make to this process. 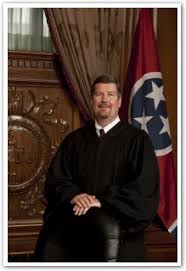 Under the existing court rule, the district defender offices are supposed to be appointed first in every case of representation for an indigent person unless they have a conflict or too many cases. The Task Force found, though, that it is not uncommon for judges to by-pass the district defender system entirely and appoint a private attorney even when the district defender is available. The court announced that it “will modify indigency forms to require judges to explain and certify the existence of a conflict before appointment of private counsel,” in order to “ensure that public defenders are the primary resource for indigent cases.”

In cases where private attorneys must be appointed, the court will phase in a new process at the Administrative Office of the Courts to allow private attorneys to bill for their work on behalf of indigent people on a periodic basis, rather than having to wait until the conclusion of a case to be paid. The changes will begin with juvenile dependency and neglect cases, because they “tend to last the longest.” As the court noted, until now, lawyers have sometimes had to wait years to be paid while they continuously represented an indigent defendant.

The two most significant changes announced by the court control the amount a private attorney can be paid for representing the poor. The Task Force found that the number of experienced lawyers who are willing to accept appointments has declined, along with the quality of legal representation being provided, at least in part because of the extremely low amounts paid to private attorneys. Under the court’s current rule, in all but capital cases, a private attorney cannot be paid more than $40 per hour for case preparation outside of court and $50 per hour for their time in court. According to the National Association of Criminal Defense Lawyers’ report, Rationing Justice, Tennessee currently ranks 49th of the 50 states in this regard. Additionally, no matter how many hours a case actually requires an attorney to work, the current court rules establish a maximum amount the attorney can be paid for each case. The court today signaled its desire to increase pay to private attorneys to $65 per hour for both in- and out-of-court work and to increase the maximum payment for felony cases to $2,000 (up from $1,500 per case) and for juvenile matters to $1,250 (up from $1,000).

Although the court, through its rules, controls much about how private attorneys are appointed and paid, the state provides 100% of the funding used to pay those private attorneys. The court will be asking the Tennessee legislature, in the 2018 legislative session, to provide the funding needed to increase the compensation rates.

The Tennessee Supreme Court says it will support additional legislative reforms first identified as necessary by the Task Force and now being crafted into proposed legislation. Specifically, the court says it will endorse “creating a statewide commission to oversee indigent representation issues, including the appellate and conflict divisions.”

The provision of Sixth Amendment indigent defense services is a state obligation through the Fourteenth Amendment.[1] Tennessee, though, has only one statewide office related to the provision of the right to counsel, and its role is limited to the representation of indigent death row defendants in their state collateral proceedings. Aside from this tiny area, Tennessee does not have any state oversight at all of trial and appellate representation provided under the Sixth Amendment.[2] Instead, 31 publicly elected district defenders oversee services in the first instance, while local judges administer the cases that the district defender offices cannot handle by appointing private attorneys.

Under the single statewide commission that the Task Force and now the Tennessee Supreme Court are supporting, all Sixth Amendment representation (primary, conflict, and post-conviction) will be brought under the authority of a single commission that can promulgate and enforce standards uniformly throughout the state. Significantly, this will move the private attorneys out from under the auspices of the judges and institutionalize independence from undue judicial interference.

The recommended statewide commission will not infringe on the independence of the elected district defenders. It should, though, allow the commission to submit a single proposed budget to the legislature for all Sixth Amendment services and overcome the current flaw in the Tennessee District Public Defender funding scheme that limits funding in urban areas.

The Tennessee Supreme Court also recommends creating a statewide appellate defender office, under the authority of the statewide commission. This would relieve the district defender offices of responsibility for appeals, allowing them to focus their resources on trial-level representation, and would create greater efficiency in handling appeals.[3]

As Chief Justice Bivins said in today’s press release by the court: “The task force confirmed what many of us already suspected: The system needs major reforms. While no perfect solution exists, the Court believes the improvements we commit to today will move the state toward a more efficient, effective means of providing this representation that our federal and state constitutions guarantee.” In the coming weeks and months, Tennessee policymakers, with the Tennessee Supreme Court’s support, will make crucial decisions about how best to legislate the Court’s intent into existence. We will keep you posted as progress continues.

The Sixth Amendment Center freely shares as much information as possible about the right to counsel in America today to help secure equal access to justice. You can support our efforts with a one-time or recurring donation.

Tennessee is one of 16 states (32%) that have commissions with limited authority to overseeing only a segment of services statewide. Three states (North Carolina, Utah and West Virginia) have very broad authority to set and enforce standards, but other state and local entities may infringe on that power. One state (Michigan) has one commission overseeing appellate services and one overseeing adult trial-level services, but no state oversight of juvenile and other trial-level services. Six states (Georgia, Indiana, New York, Ohio, South Carolina, and Texas) have commissions that offer state support to county-based systems. Six states have commissions that oversee only a part of services statewide: Idaho (trial-level only); Illinois (appellate only); Kansas (felony and appellate only); Nebraska (capital trials/appeals, and limited non-capital felonies); Oklahoma (rural counties only; Tulsa and Oklahoma City are outside the commission’s authority); and Tennessee (capital post-conviction only).