Posted on April 30, 2017 by David Carroll Posted in Pleading the Sixth

Pleading the Sixth: On April 28, 2017, the Idaho Supreme Court reinstated the ACLU lawsuit that alleges wide-ranging systemic deficiencies in the state’s provision of indigent defense services. Finding that the lower court erred in requiring defendants to suffer the actual harm of ineffective assistance of counsel and only then remedy the issues on a case-by-case basis through the appellate process, the Chief Justice opined that such a process is “inapplicable” when constitutional violations are concerned. In a companion piece, the 6AC explains the complex nature of our appellate system and why the number of successful ineffective assistance of counsel claims is never a valid measure to determine the health of a public defense delivery system.

On April 28, 2017, Idaho Chief Justice Roger Burdick, writing on behalf of a unanimous court, reversed a lower court’s ruling that had dismissed a class action lawsuit about widespread right to counsel violations. The “district court erred by attempting to undertake case-by-case inquiries into Appellants’ individual criminal cases,” the Court determined, because no one sought “relief in their individual criminal cases.” The Court continued: “[a]lleging systemic inadequacies in a public defense system results in actual or constructive denials of counsel at critical stages of the prosecution suffices to show an injury in fact to establish standing in a suit for deprivation of constitutional rights.”

(For policymakers or others interested in understanding the complex nature of our appellate systems, the 6AC companion piece explains why individualized reviews of criminal cases cannot undo America’s systemic indigent defense deficiencies.)

On June 17, 2015, the American Civil Liberties Union (ACLU) filed a class action lawsuit against the state of Idaho for failing to ensure a meaningful right to counsel. The class action complaint alleged that Idaho’s indigent defense systems lack structural safeguards to protect the independence of defenders, make widespread use of fixed-fee contracts, have extraordinarily high attorney caseloads, and lack standards, training, and supervision, among other things. The complaint stated: “Despite amendments to Idaho’s public-defender statutes that were passed in 2014 through a bill enacted as the ‘Idaho Public Defense Act,’ the current patchwork public-defense arrangement in Idaho remains riddled with constitutional deficiencies and fails, at all stages of the prosecution and adjudication processes, to ensure adequate representation for indigent defendants in both criminal and juvenile proceedings in Idaho.” The action sought declaratory and injunctive relief to remedy the state’s systemic failure to provide effective legal representation on behalf of all indigent persons charged with an offense that carries jail time and who cannot afford an attorney and the necessary expenses of a defense.

Following a hearing, the trial court dismissed the suit on January 20, 2016. The court observed that “[t]his is an issue of first impression in Idaho” because no higher controlling court has considered a claim brought on behalf of indigent defendants who have not yet been convicted and who allege they are systematically being denied the right to effective counsel. In dismissing the case, the court determined among other things that: there was not yet an actual injury to any plaintiff because they have not been convicted; there were parties other than the defendants with the power to affect change; and any action the court could take would usurp the powers and duties of other state bodies and branches of government.

The plaintiffs appealed to the Idaho Supreme Court. Importantly, the U.S. Department of Justice (DOJ) filed an amicus brief in the appeal, explaining in detail how and why “[t]he availability of pre-conviction civil actions for systemic denials of counsel, whether actual or constructive, is critical to protecting the fundamental right that Gideon recognized.” In essence, the Idaho Supreme Court agreed with the DOJ.

“The district court treated Appellants’ allegations as subject to Strickland v. Washington, 466 U.S. 668, 687–88 (1984), which contemplates case-by-case analyses of ineffective assistance of counsel claims by inquiring whether (1) counsel’s performance was deficient; and (2) counsel’s deficiency prejudiced the defendant.” But the lawsuit is not about trying to vacate convictions resulting from ineffective assistance of counsel. As the Court stated: “Strickland … is inapplicable when systemic deficiencies in the provision of public defense are at issue.” Instead, appellants “seek to vindicate their fundamental right to constitutionally adequate public defense at the State’s expense, as required under the Sixth Amendment to the U.S. Constitution, and Article I, Section 13 of the Idaho Constitution.” And the proper case under which to review those claims is United States v. Cronic, 466 U.S. 648 (1984).

In short, the U.S. Supreme Court stated in Cronic that, if a defendant goes without counsel at a critical stage of a criminal proceeding (e.g., an actual denial of counsel) or has a lawyer that does not have the time or resources or independence to mount an effective defense (e.g. a constructive denial of counsel), a court should presume that the defendants will receive ineffective assistance of counsel. (For a full accounting of the Strickland and Cronic continuum, see  “A Cronic resolve to America’s chronic right to counsel deficiencies.”) 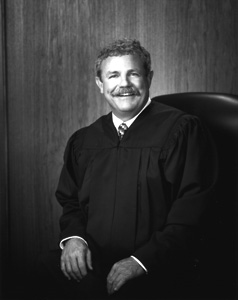 As the Idaho Supreme Court notes, the ACLU lawsuit alleges both actual and constructive denials of counsel throughout the state. And, it is the state’s responsibility to do something about it should the allegations be proven factual. Overturning the lower court’s decision that the state has immunity from such lawsuits, the Court said, “[w]ere we to accept Respondents’ position that sovereign immunity shields the State from suit in this instance, we would leave parties unable to vindicate constitutional rights against the State. This we decline to do.”

Finally, the Idaho Court affirmed that delegating responsibility for indigent defense to its local governments does not relieve the state of its original obligation. “The right to counsel is ‘made obligatory upon the States by the Fourteenth Amendment.’ Gideon, 372 U.S. at 342 … The State, therefore, has ultimate responsibility to ensure that the public defense system passes constitutional muster. While the provision of public defense has been delegated to Idaho’s forty-four counties under Idaho Code section 19-859, ‘the ultimate responsibility for fulfilling the . . . constitutional duty cannot be delegated.’”

Even as the 6AC applauds the recent Idaho Supreme Court decision, it is important to note that substantial improvements are being made to Idaho’s right to counsel system at the same time that Tucker continues through the courts. The 2014 legislature created the independent Idaho State Public Defense Commission (ISPDC) to provide training, promulgate performance standards, and initiate uniform data collection. The same bill prohibited all flat fee contracting. In 2016, the legislature authorized ISPDC to both promulgate and enforce standards that all Idaho counties must meet in providing representation to the indigent. There are significant financial penalties should counties fail to meet standards, but the state is also providing more than $5 million to assist counties. Standards have been developed related to attorney performance, early appointment of counsel, and attorney qualifications. And, the ISPDC is about to launch an extensive time-tracking project to develop binding caseload standards.