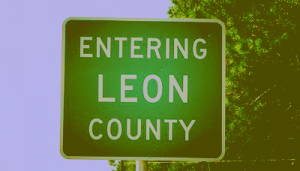 Jon Argersinger was nineteen in 1970 when he appeared at his arraignment in a Florida court having been charged with carrying a concealed weapon.[1] He had no lawyer, as he was unable to afford one on his own. The judge made no mention of offering a lawyer at public expense, and so Mr. Argersinger proceeded on his own. The alleged offense was a misdemeanor that carried a maximum punishment of six months in prison and a $1000 fine. Mr. Argersinger pled guilty, and was sentenced to 90 days in jail, along with a $500 fine. He eventually appealed his case all the way to the U.S. Supreme Court, resulting in the watershed decision for the right to counsel, in 1972’s Argersinger v. Hamlin.

Nine years earlier, the Supreme Court had declared it an “obvious truth” that anyone accused of a crime and who cannot afford the cost of a lawyer “cannot be assured a fair trial unless counsel is provided for him.” But that watershed decision had only applied to felony cases. Misdemeanors were a different question.

Advocates against extending the right to counsel beyond felonies argued that, sure, there are certain higher-level categories of misdemeanors that might require the appointment of counsel, but to hold that poor people charged with any sort of crime whatsoever had a right to an appointed lawyer would be taking things too far. Besides, the Supreme Court had determined in a recent 1970 decision that the right to a jury trial was limited to “non-petty offenses punishable by more than six months imprisonment.” So, if that was the delineation point for the right to jury trials, certainly that would work for the right to counsel, right?

To the Court, the history and lineage of the trial-by-jury was vastly different from that of the right to the assistance of counsel, and any semantic distinction between a misdemeanor charge and a petty offense, with one being more severe than the other, was just that – a semantic distinction: “the prospect of imprisonment, for however short a time, will seldom be viewed by the accused as a trivial or ‘petty’ matter, and may well result in quite serious repercussions affecting his career and his reputation.”

Instead, the Court expressed deep concern with the manner by which most misdemeanors were resolved, by plea bargain, which was a necessary by-product of the heavy volume of cases appearing before the lower courts each year. But in reviewing the research and evidence available, the Court determined the massive volume had “create[d] an obsession for speedy dispositions, regardless of the fairness of the result.” Public attorneys, therefore, were necessary in the plea bargaining process specifically, “so that the accused may know precisely what he is doing, so that he is fully aware of the prospect of going to jail or prison, and so that he is treated fairly by the prosecution.”

To justify its decision, the Court looked back to its reasoning in Gideon and Powell before it. Both decisions limited their impact to the specifics of the case before them, as is the custom of the Supreme Court. But, in Argersinger, the Court argued that the “rationale” of those decisions “has relevance to any criminal trial, where an accused is deprived of his liberty. . . . We hold, therefore, that, absent a knowing and intelligent waiver, no person may be imprisoned for any offense, whether classified as petty, misdemeanor, or felony, unless he was represented by counsel at his trial.”

And so, by 1972, the Court had determined that attorneys for defendants facing potential jail time, no matter how short the duration, are essential to fair trials. As with felonies, the obligation for providing lawyers to any defendant who could not otherwise afford the cost fell to states to fund and administer.

A host of law review articles published the following few years (1973-1975) all asked the same question: What exactly did the Court mean when it said “no person may be imprisoned” unless counsel had been afforded at trial? As we discuss next, the problem centered around the distinction between actual imprisonment and the mere threat of jail time. The implications for whichever way the issue might be resolved, both procedurally for the lower criminal courts as well as financially for state and county governments, were utterly massive.