The right to counsel for children in delinquency cases, In re Gault 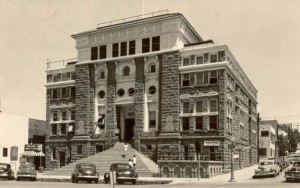 In 1964, Gerald Gault was 15 years old when he, along with a friend of his, was taken into custody by the sheriff’s department in Gila County, Arizona.[1] They were accused of making lewd phone calls to an elderly woman. Gerald still had six months of probation left from a previous brush in with the law – he had been with another kid who had stolen a woman’s purse. No one called his parents to let them know he had been arrested this second time. His parents came home from work that evening, and Gerald simply wasn’t there. Eventually his older brother found out he was being held at the county detention center. When they got to the detention center, they learned that there would be a hearing at the juvenile court the following day.

On the day of the hearing, the superintendent of the detention center – who was also Gerald’s probation officer – filed a petition against Gerald, entirely devoid of facts or any real allegations. Instead it merely called for the judge to hold a hearing regarding Gerald’s “care and custody” because “said minor is under the age of eighteen years, and is in need of the protection of this Honorable Court; [and that] said minor is a delinquent minor.” The petition was never shown to Gerald’s parents. Only the judge saw its contents. The hearing was held in the judge’s chambers. The superintendent was there along with Gerald, his mother, and his brother. The woman who had been the recipient of the lewd phone calls was not there, and so there was no real witness. Instead, the judge questioned Gerald directly. There was no mention of offering Gerald the opportunity to talk with a lawyer. 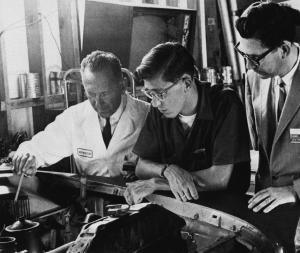 The same things happened at a second hearing held the following week. The hearing was entirely informal, the judge did all the questioning, and there was no mention of a lawyer to help Gerald in his defense. Given what he was accused of having done, had Gerald been an adult, under Arizona law he would have faced a maximum of 50 dollars in fines or two months in jail. But the judge found him to be a delinquent child, and so Gerald was placed in the State Industrial School until he reached his 21st birthday. Such was the disproportionate penalty for children.

Relying heavily on the sweeping rhetoric of its decision in Kent v. United States, the watershed 1967 decision of In re Gault is critically important to the course of the right to counsel in America. But more than merely focusing on the right of children to have the assistance of counsel in delinquency proceedings, Gault examined the substance of juvenile court procedure and found the complete lack of formal procedure entirely unacceptable under the Constitution. “Due process of law” the Court noted “is the primary and indispensable foundation of individual freedom. It is the basic and essential term in the social compact which defines the rights of the individual and delimits the powers which the state may exercise.”

As it had in the past, the Court accepted the entire premise of the juvenile court model – that classifying juvenile offenders as “delinquent” connotes less stigma than the “criminal” classification carries, that the juvenile courts are not open to the public to protect the child from full disclosure of his “deviational behavior,” and so on – but rejected the premise that those benefits could only be preserved by maintaining the status quo. The notion, that introducing due process rights for children would strip the juvenile courts of their purported value, was ludicrous.

In fact, the juvenile courts’ own performance record belied that these supposed benefits actually existed. The Supreme Court noted that the claim of secrecy is “more rhetoric than reality,” as judicial discretion to disclose juvenile court records had afforded law enforcement nearly unchecked access to children’s files. And, as for the “benefit” of being cast as a delinquent youth, the Court found it “disconcerting . . . that this term has come to involve only slightly less stigma than the term ‘criminal’ applied to adults.” Juvenile courts, therefore, had no basis to justify their heavy-handedness, and general air of procedural chaos. “Under our Constitution, the condition of being a boy does not justify a kangaroo court.” Children, it was determined, would now be afforded due process rights normally reserved for adults facing criminal charges.

Specifically, because children were subject to “the awesome prospect of incarceration in a state institution until . . . the age of 21,” the Supreme Court determined that juvenile delinquency matters were “comparable in seriousness to a felony prosecution.” Just as it had in Gideon v. Wainwright four years earlier, the Court held that a “child requires the guiding hand of counsel at every step in the proceedings against him.” State governments, therefore, were obligated under the Fourteenth Amendment to notify the child of his right to have counsel assist him in any proceeding that might result in the government taking away his freedom; and, if the child or his parents couldn’t otherwise afford the cost of representation, then the state must provide him with representation.[2]

Interestingly, while Gault extended the right to counsel to delinquency proceedings in which the child faced a loss of his liberty for any period of time – no matter how short in duration – that same right didn’t yet exist for adults. Recall that the original charge Gerald Gault faced, had he been an adult accused of the same actions, would have carried a maximum fine of $50 or at most two months in jail. But, because he was only 15, he could have been held in the custody of the state until he reached the age of 21. There was no difference between a serious delinquency matter and a petty delinquency matter – all delinquencies were serious.

Not so for adults. The Court’s ruling in Gideon had applied only to felony matters. Criminal prosecutions for non-felonies were a different matter. Next, we return to the adult system to close out the 1960s and the immediate aftermath of Gideon.

(Image of Gila County Courthouse circa 1956, via CourthouseHistory.com. Image of Gerald Gault learning auto mechanics in 1967 while being detained by the state of Arizona, via Constitution-Connected Youth.)

[2] Other U.S. Supreme Court cases on the rights of children in delinquency matters include: In re Winship, 397 U.S. 358 (1970) in which the Court held that “fundamental fairness” requires the government to establish proof beyond a reasonable doubt in delinquency adjudications; and Breed v. Jones, 421 U.S. 519 (1975) in which the Court rejected the notion that juvenile proceedings should be classified as “civil,” and thereby extended to juvenile proceedings the protections offered by the Double Jeopardy Clause of the Fifth Amendment (which had previously been limited to criminal proceedings).