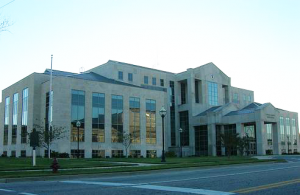 LaReed Shelton was accused in 1998 in Etoway County, Alabama, of third degree assault. Under state statute, he faced a maximum of one year in jail plus a $2,000 fine if he was convicted. The trial judge warned Mr. Shelton of the risk of appearing without an attorney, but didn’t offer him the assistance of a lawyer at state expense. And, having no resources to hire one, Mr. Shelton was left to proceed at trial without a lawyer, and was found guilty. The judge sentenced him to 30 days in jail but immediately suspended the sentence, and instead placed Mr. Shelton on two-years’ probation under the condition that he pay a $500 fine, $25 in reparations, and $516.69 in restitution. Mr. Shelton appealed his conviction and sentence under the grounds that he had not been afforded the right to counsel, arguing that a “suspended jail sentence” is – despite being “suspended” – still in fact a “jail sentence.”

The government of Alabama conceded to the first part of the state court’s logic – that Argersinger and Scott would prohibit a judge from ever following through on a suspended jail sentence unless the right to counsel had been afforded in the first place – but objected to the conclusion that the trial judge was somehow barred under the Constitution from affixing an idle threat.

And so the question was brought before the U.S. Supreme Court in the 2002 case, Alabama v. Shelton. If a defendant is not afforded the right to counsel during the trial, can the trial judge still apply a suspended jail sentence as a condition of probation, even if he knows he will never be able to activate it? Or is he prohibited from applying the suspended sentence at all?

The U.S. Supreme Court wasn’t satisfied that these were the only options, and asked that both sides consider a third option. See, many states actually interpreted Argersinger and Scott to mean there was no prohibition against activating the jail sentence, even if counsel hadn’t been afforded during the trial on the original charges, because the right to counsel actually attached in the hearing in which jail time was actually imposed. So, as long as we’re giving you the opportunity to be represented by an attorney during the probation revocation hearing, we’re in compliance with the Constitution. With so many jurisdictions applying the right to counsel in exactly this fashion, including municipal courts operating well off of the radar of state-level policymakers, it was critical that the Supreme Court address this scenario as well. 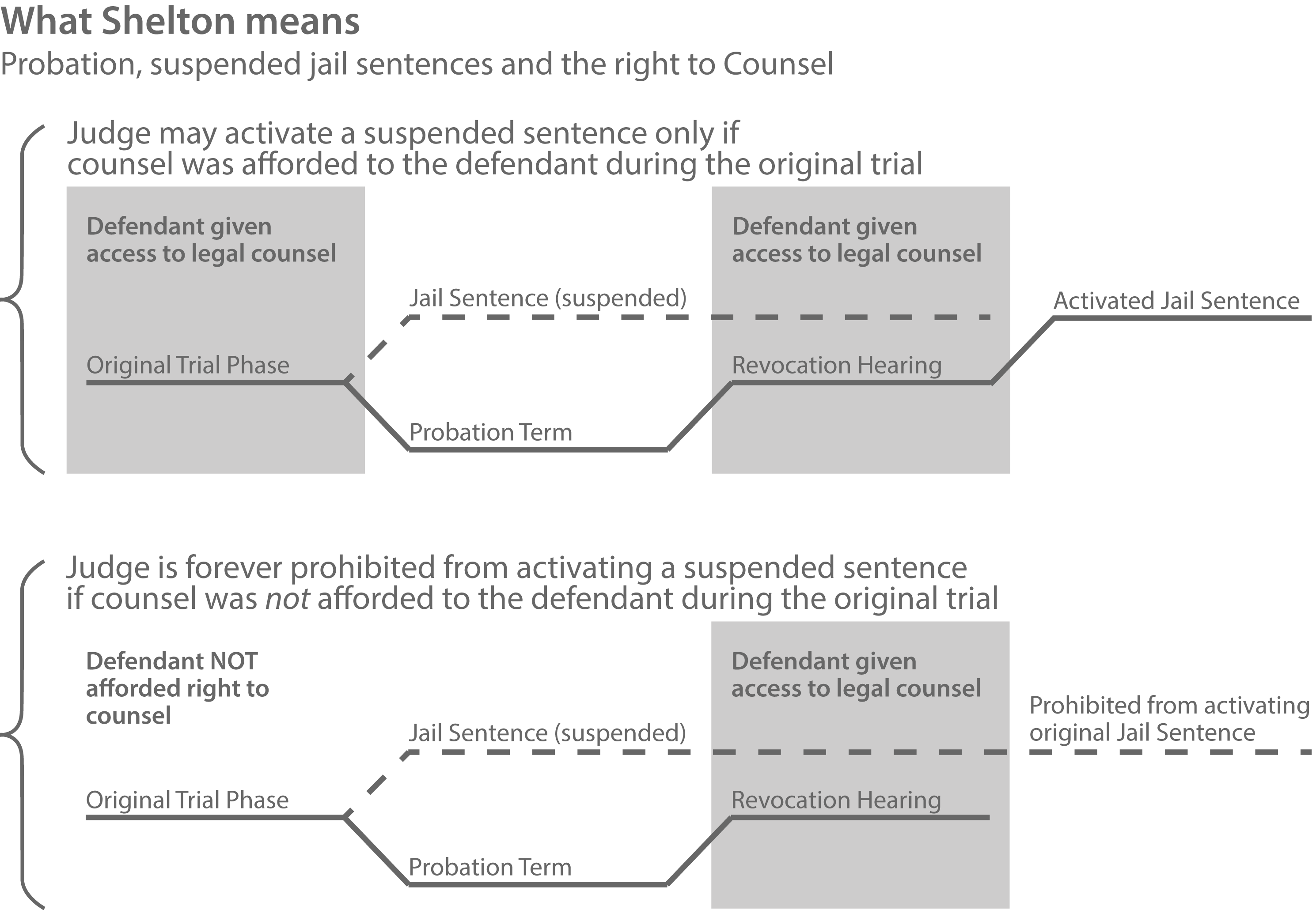 But, to the Court, this third option was a complete misreading of its earlier decisions: “A suspended sentence is a prison term imposed for the offense of conviction. Once the prison term is triggered, the defendant is incarcerated not for the probation violation, but for the underlying offense.” So, it is completely insufficient to wait until the probation revocation hearing to appoint a lawyer to defend the accused. There is no opportunity in a probation revocation hearing for that lawyer to go back to the trial phase to challenge the government’s case on the original accusations – the accusations that, after all, the defendant had already faced without the assistance of counsel. The Supreme Court made clear in Shelton that “[t]his is precisely what the Sixth Amendment, as interpreted in Argersinger and Scott, does not allow.”

And so the argument in Shelton returned to the original position, with the state of Alabama conceding that the judge would be forever prohibited from activating the suspended jail sentence if the defendant hadn’t been afforded the right to counsel during the trial. But Alabama maintained that, even if the suspended sentence “can never be enforced,” there is nothing under the Constitution that prevents trial judges from imposing a suspended sentence anyway. The Supreme Court disagreed,[1] and instead held that “a suspended sentence that may ‘end up in the actual deprivation of a person’s liberty’ may not be imposed unless the defendant was accorded ‘the guiding hand of counsel’ in the prosecution for the crime charged.”

Shelton, therefore, made clear that the right to counsel attaches to any case involving the potential for jail time. Sure, the statute might still allow for a maximum punishment of jail time, but unless counsel is afforded to the defendant at trial, then the judge is prohibited from ever imposing any amount of jail time – even as a “hollow threat.”

We next explore exactly when during the course of the trial that right is to be made available. A court-appointed lawyer, after all, has to be given time to prepare for the trial, to meet the defendant, and interview witnesses that might have a differing perspective on the evidence being amassed by the prosecution. In order to do all of that, when exactly should the attorney be first appointed to represent the defendant?

[1] Technically, the Court took a pass from ruling on this, because what the state of Alabama was proposing had never been done anywhere in the country, including Alabama itself. Alabama was proposing that it still be allowed to impose a suspended sentence of no jail time, and instead be allowed to charge a defendant who fails to comply with the terms of probation (such as failure to pay court costs) with contempt of court. Then in the contempt of court proceeding, where the defendant faces jail time, provide all due process including the right to counsel, under what would be considered a new court proceeding. Nothing of this sort existed anywhere in the country, so the Supreme Court said it would first have to be vetted through the state courts before it would consider it. To date, no such case has been brought before the U.S. Supreme Court.